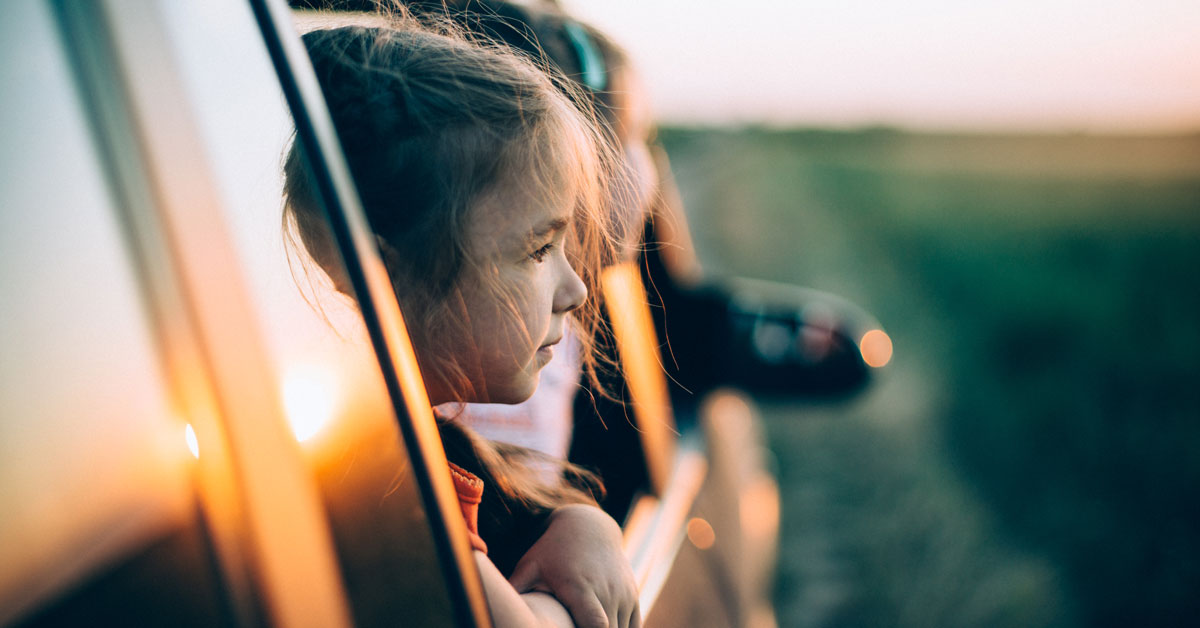 What You Need to Know About Motion Sickness

The sensation of feeling queasy in a car, plane or boat is caused by a chemical imbalance between the sensors of the inner ear and the rest of the body. More specifically, the ear senses motion but the eyes and muscles do not. This disconnect causes nausea. According to the American Academy of Pediatrics, children are more susceptible to motion sickness than adults, and if an adult suffers from motion sickness, his or her child is 50% more likely to experience it as well.

Unfortunately, because everyone experiences motion sickness differently, there’s not one strategy that works to alleviate or improve a child’s symptoms across the board. Shannon Goff, MPH, Lead Dietitian in Clinical Nutrition and Lactation Services at Children’s Hospital Los Angeles, says most patients require a combination of treatments.

“Like most strategies with children, it becomes all about finding that thing or group of things that works for you and your child,” Goff says. “[Motion sickness] isn’t a response a little one can control; their bodies were born with a sensitivity and it’s just how they are.” 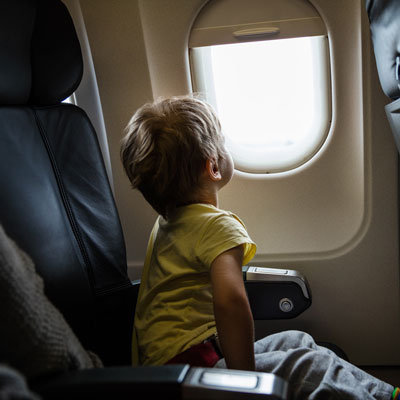 How to avoid motion sickness

Goff says there are steps parents can take to minimize the effects. First, she suggests parents train their children to communicate about how they’re feeling throughout the trip, and to speak up at the first hint of nausea so parents can manage an episode and respond before the situation gets particularly messy or bad. Pre-emptive responses can be everything from opening a window to pulling off the road. In some cases, queasy kids also may benefit from a cold compress on the forehead, aromatherapy, or simply closing their eyes.

Other preventive strategies pertain to hydration and consumption. Goff recommends that kids drink adequately before departure to sustain the fluid in the ears that helps maintain balance and minimize dizziness. She adds that kids should eat a small, simple meal before traveling and stick to salty, dry and starchy foods once the trip has begun. She notes that an empty stomach can make motion sickness even worse.

“Having a little food in the stomach triggers the gastrointestinal (GI) system to work by stimulating the stomach and initiating promotility, which is a methodical muscle contraction that propels food through the GI tract,” she explains. “If food is not in the stomach, then the acid naturally present in the stomach has nothing to do and may contribute to the irritability.”

Finally, Goff notes that Sea-Bands and other acupressure wristbands can be helpful in preventing or minimizing the effects of motion sickness in some children, so long as children are wearing the bracelets before the travel begins (and don’t tear them off if they become ill).

Once a child has full-blown motion sickness, symptoms can be relieved through behavioral, pharmacological and nutritional interventions.

Ginger is commonly associated with relief from general nausea but has not yet been fully shown to offer relief from nausea caused by motion sickness. Goff notes that Queasy Pops and other hard candies can help, but cautions parents to remember that lozenges and other items that are difficult to chew can be a choking hazard for little kids.

She adds that medicines such as Dramamine and Bonine, which comprise the ingredient dimenhydrinate, can help alleviate symptoms to a certain extent. Both products come in kid-specific packaging.

Other steps for parents to take

According to Goff, the best strategy for parents to combat motion sickness on a family trip is simply to be prepared. She suggests that parents with little ones who are prone to motion sickness should take time before holiday travel to make a “go bag” full of supplies they might need if their son or daughter becomes ill in transit. At the very minimum, this bag should include:

Parents can extend and amplify preparedness by allowing plenty of time to make stops, dressing in layers for car rides (in case a child needs to have the windows open), sitting outside on boats, and selecting plane seats above the wings, which are the most stable part of an airplane.

“Remember motion sickness is triggered by the motion, not distance or time,” says Goff. “If you embark [on holiday travel] prepared for a motion-sickness event, maybe you’ll be pleasantly surprised.”