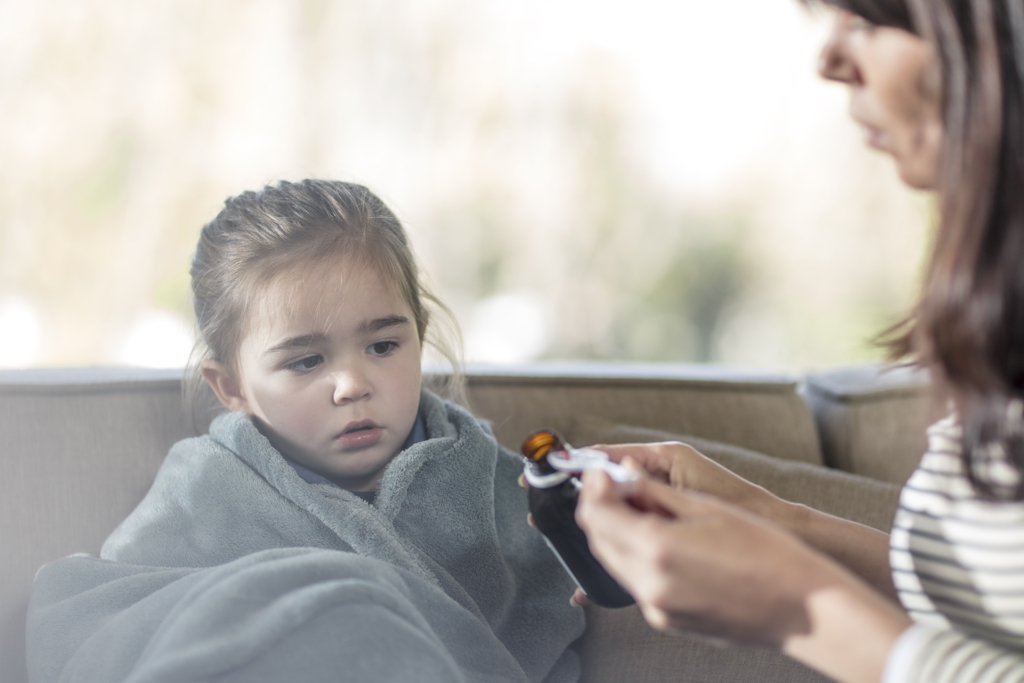 You’re a parent and you’ve hit on an idea. Your child is, to say it gently, opposed to taking medication. You can’t blame the kid. That cherry-flavored prescription syrup tastes like cherries no more than a soy patty tastes like hamburger.

But you have figured out, finally, how to get your child—your twisting, wriggling, protesting, bawling, adamantly uncooperative child—to take medicine: Hide it! In a tablespoon of apple sauce, a scoop of pudding, a smoothie—whichever the child will least suspect to be transporting medication.

It’s a win all around: Your kid doesn’t know, the medication gets down the gullet and into the bloodstream, and your child’s ailment gets the treatment it needs. What could possibly go wrong?

Plenty, Emily Glarum will explain to you, as well as offer pointers on delivering medication to a reluctant child the right way. A Child Life specialist who works in the Heart Institute at Children’s Hospital Los Angeles, Glarum spends a portion of her time tutoring parents on administering medication to their children.

“I get consulted on that a lot,” Glarum says, “especially when kids are inpatient, just to make sure they can take those medications before going home.” In her work with the families, she leans on these go-to recommendations.

1) Give it to them straight. Getting back to our would-be solution at the top, Glarum says that concealing medication in tasty food items without the child’s knowledge can backfire on the parent. 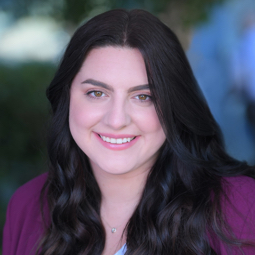 “We like to promote honesty,” she says. “Hiding medicine in food can make kids feel tricked and add some mistrust or even some aversions around different foods. What I've run into in the past is, the child may start to detect that their medicine has been mixed in with foods, and then they might stop eating that food altogether, or be more mindful of the food they're eating and think, ‘Oh, are they mixing medicine in with it?’”

If parents find that burying the medication in food is their only hope, then Glarum says it’s OK as long as they practice full disclosure. “Make sure children are aware of it, and be honest about why they need the medicine in a way they can understand. For example, something like, ‘We're trying to help your knees feel better with this,' or 'We're trying to help your stomach feel better.’

“Especially if it's a medicine they have to take long term, that can help them establish some understanding and control over it.”

2) Little by little. Another way of minimizing your child’s aversion to the taste of medicine is to dose it out in small portions, Glarum says, rather than have your child swig it down all at once. Chase down each mini-dose with a bit of water or a drink your kid likes.

“If it's a dose of 20 milliliters, take 5 or 10 at a time so they have a little break to have a little sip of liquid, as long as they're getting all of the medicine,” Glarum says.

During the pause before the next small dose, you can provide some simple, entertaining diversion as a reward for getting that first dose down—coloring, for example, or putting a Lego block onto a structure.

If your child is an infant, Glarum says a common approach is to use a syringe and deposit drops of the medicine between the baby’s cheek and tongue, allowing each droplet to be swallowed until the full dose gets down.

3) Establish a schedule. Glarum says it’s important to create and stick to a consistent “medicine time” that fits within the various set times you have established for other daily routines.

“So they might have dinner, and then have reading time, then take a bath, then take their medicine, then brush their teeth, and then bedtime. It's something that's worked into their schedule, and they know when to expect it and it won't be so much of a surprise.”

4) Provide choices. Although children aren’t free to decide whether or not to take their medicine, Glarum says parents can present them with choices that will help them feel more in control of what otherwise is being forced upon them. For example, if they have a liquid medication, do they want to receive it through a small medicine cup or a syringe? If it’s a pill or capsule they’re taking, do they want to wash it down with water or juice?

Glarum says you can also allow your kid to have input on the scheduling of the medication: Before or after bath time? Do you want to play a game before or after? 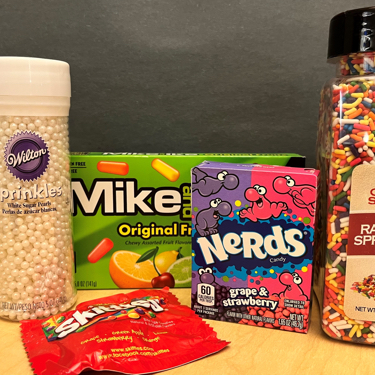 Have your child practice swallowing small candies about the size of a tablet before moving on to the real thing.

5) Set aside practice time. The transition from liquid medication to pills can raise another set of obstacles for kids, primarily their reluctance to attempt an effective swallow to get the tablet to go down. A fear of choking can be one hurdle, along with the strange new sensation of the tablet on the tongue. Glarum will have the child practice with smaller-sized candy, and then build up to something that approximates the size of the pill.

“For example, if we have a pill that's the size of a Skittle, then you would start with something smaller, like little dot-sized sprinkles or Nerds,” she says. “From there we can move up to mini M&Ms, regular-sized M&Ms, and Skittles, all the way to Mike and Ikes, which are about the size of a standard tablet.”

This, of course, will make pill-swallowing practice a popular segment of your kid’s day, in addition to making your child more at ease about advancing on to swallowing medication. “It gives them practice on something that is safe to still swallow,” Glarum says, “and then builds their comfort level.”

6) Use a straw. Another useful accessory that can help with swallowing is a straw. Glarum tells parents that rather than instructing their kids to take a swig of water from a cup to wash a pill down, have them take the water through a straw, which can be effective in two ways. One, the action of sucking on the straw can create a distraction for the child, taking the focus off the task of swallowing the medication, and secondly, the use of the straw can create a force strong enough to flush the pill down the child’s throat.

“It helps give them a little more confidence,” Glarum says, “because it's going down easier.”

For more help, visit our Health and Safety Tips blog.