What Parents Need to Know About Vaping and COVID-19 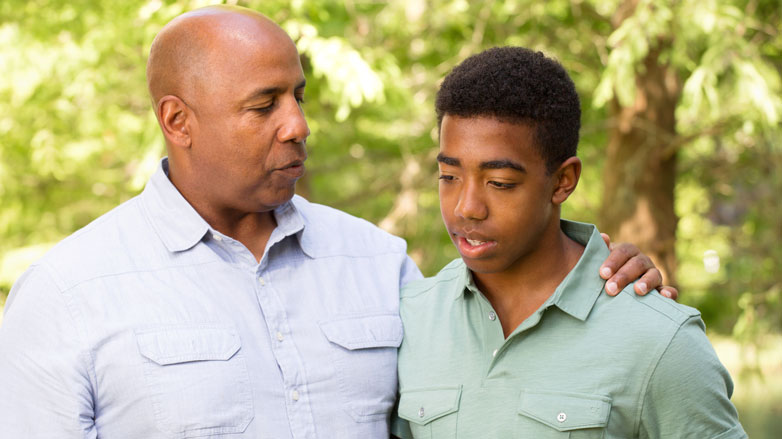 E-cigarettes are like cigarettes for a new generation. The devices produce an aerosol by heating a liquid that usually contains nicotine, flavoring and other chemicals. Users inhale these synthetics into their lungs every time they puff. Because the aerosols are technically vapors, the act of using e-cigarettes is known as vaping. Over the last year, the habit has become particularly prevalent among teenagers; according to data from the Centers for Disease Control and Prevention (CDC)’s annual National Youth Tobacco Survey, more than one quarter of all high-school students used e-cigarettes in 2018.

Vaping is rife with risks—namely that it’s addicting, it has been known to cause illness and lung disease in users, and it could put users at greater risk for complications of COVID-19. To date, e-cigarettes have not been approved by the U.S. Food & Drug Administration. Diane Tanaka, MD, Medical Director of the Teenage and Young Adult Health Center in the Division of Adolescent and Young Adult Medicine at Children’s Hospital Los Angeles, says parents should be very cautious when it comes to kids and vaping.

The bigger of the two issues is safety. According to one study, more than 70 percent of teenagers do not believe vaping is dangerous, or that it presents any health hazard. While there has been no conclusive evidence that vaping directly leads to lung disease, an increase in diagnoses in the late summer and early fall of 2019 prompted a number of medical organizations—including CHLA, the CDC and the California State Department of Health—to recommend avoiding e-cigarettes at all costs. Several states also have instituted bans on flavored vape products, and a federal ban is being considered, according to government officials.

Originally, e-cigarettes were designed as aids to help smokers wean themselves off the habit. But multiple analyses of different vaping products have revealed that most e-cigarettes contain addicting ingredients such as nicotine, as well as heavy metals and synthetic compounds that could be harmful to our bodies. In particular, the flavoring element diacetyl has been linked to a serious lung disease, and it is suspected to be at the center of the most recent spate of vaping-related illnesses. And the nicotine content in the current generation of e-cigarettes has significantly increased. One very popular e-cigarette brand pod contains as much nicotine as one pack of traditional cigarettes.

Recent research indicates that vaping and other forms of tobacco use put young adult users at greater risk of complications from COVID-19. A July 2020 study published in the Journal of Adolescent Health reported that one out of three young people are medically vulnerable to severe COVID-19 illness, and that the impact of smoking far exceeds other risk factors such as asthma and obesity.

The study, conducted by researchers at UCSF Benioff Children’s Hospitals, concluded that overall “medical vulnerability” for this group was 33 percent for males and 30 percent for females. Essentially, young men who smoke or vape double their risk of serious COVID-19 complications compared to their peers who don't vape or smoke. The risk for young women went up one and a half times.

Vikram Anand, MD, Attending Physician in the Infectious Diseases Division at CHLA, says it’s no surprise that there are such potentially pernicious effects on respiratory and immune function.

"We know that vaping can cause lung injury and it’s likely that if you have vaping-related lung injury, you will have more severe outcomes [with COVID-19]," says Dr. Anand. “The more people who are getting infected [with COVID-19], the more young people we’ll see having illness.”

It can be difficult to determine if your children are using e-cigarettes, as the devices are hard to spot. Some are made to look like regular cigarettes, cigars, or pipes. Others resemble pens, USB sticks or everyday items such as PEZ dispensers.

Don’t be afraid to talk about vaping with your kids. First, be sure to get the latest information from the CDC and the U.S. Surgeon General’s office, which publishes a new advisory every year.

“The bottom line is that these products can lead to long-term nicotine addiction. They may also impact your children’s ability to learn, as nicotine acts on the parts of the brain involved in cognitive and emotional processing,” she says. “Often just sharing basic information like that is enough to snap them out of it and get them to stop.”