RSV: Everything You Need to Know 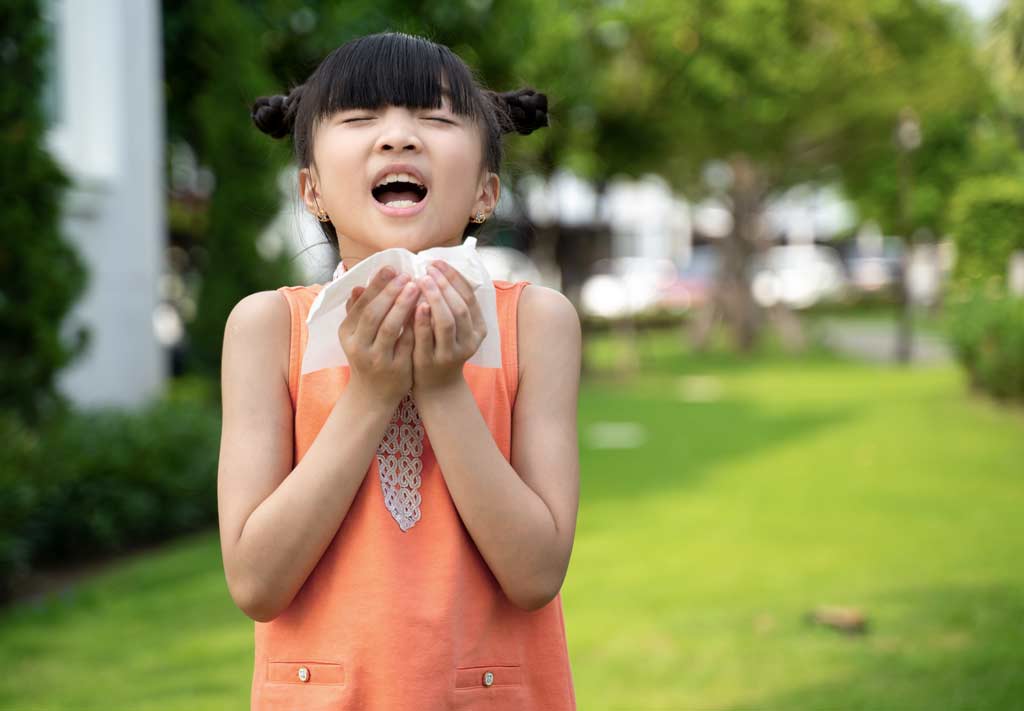 Two experts explain what the virus is, symptoms to look for and how to take care of children who are sick.

RSV is a common virus that affects the upper respiratory system, which includes the nose and throat, and the lower respiratory system, which includes the lungs. In most people, the virus causes a cough, a runny nose, and sometimes a fever. Many areas of the U.S. have experienced a surge of children with RSV. Most children who display symptoms of RSV do not need to be tested for it because the treatment will be the same whether they are positive or negative for RSV.

“We presume most individuals had RSV at some point in their lives, which can occur during early infancy and as young as the newborn period,” says pediatrician Steven Abelowitz, MD, Medical Director of Coastal Kids, a pediatric group practice in Orange County and a member of the Children’s Hospital Los Angeles Care Network. “If they get it again and are healthy with no preexisting conditions, the virus will present like a cold, mostly.”

The virus can be dangerous to some people, though. In infants, RSV can cause pneumonia or bronchiolitis, an inflammation of the small airways in the lungs. People over the age of 50 or those with heart or lung disease are also at risk for complications, and they can catch RSV from babies, toddlers and older kids. If your child gets RSV, keep him or her away from anyone in your family who is at high risk of becoming very sick.

“Prevention of RSV includes good hand washing and minimizing contact with others when a child has cold symptoms,” says Colleen Kraft, MD, MBA, an attending physician at Children’s Hospital Los Angeles. “If a child has difficulty breathing or is not eating or drinking with their cold symptoms, they need medical attention.”

How contagious is RSV?

RSV is very contagious. It can live on surfaces for hours, although the main way people catch it is by being in close contact with an infected person. The virus typically causes symptoms that last between seven to 10 days, but some kids can develop a cough that takes up to six weeks to clear. Most people with RSV are contagious during the three to eight days that they show symptoms.

RSV typically circulates first on the East Coast, and then makes its way to the West Coast, where transmission peaks in January and February. But cases have been increasing over the last few months in California and elsewhere.

“In our Emergency Department, as well as at the CHLA Urgent Care in Arcadia, we have  been seeing a dramatic increase in respiratory viruses, including RSV since October,” says Deborah Liu, MD, Associate Director of Emergency Medicine at Children’s Hospital Los Angeles. “This is unusual for this time of the year and we should be especially vigilant in keeping our children and ourselves healthy.”

Taking care of children with RSV

Most kids can recover from RSV at home. There is no medicine that works against the virus, but you can comfort children by treating their symptoms.

If your child has a stuffy nose, for example, you can use a saline spray and a bulb to suction out the mucus. A humidifier may help soothe respiratory passages. If your older child is coughing a lot, prop up his or her head with a pillow. Keep kids hydrated. If you have a baby, give frequent breastmilk or formula feedings, but don’t overfeed because babies can vomit easily when they have a cough or runny nose. If your baby is irritable or if your child feels extra lousy, you can give a pain reliever such as acetaminophen or ibuprofen. Ask your pediatrician about the correct dose to give.

“For most viruses, the management is the same: Stay home, stay well-hydrated, get lots of sleep and take acetaminophen or ibuprofen for fever,” Dr. Liu says.

One thing to not give your child is a homeopathic medicine. According to Dr. Abelowitz, because homeopathic medications aren’t regulated by the U.S. Food and Drug Administration, there is no way to know if they are safe.

Symptoms to look out for

If you are concerned about your child’s fever or if your child isn’t eating, is urinating very few times a day, is acting lethargic, or is acting or just looks very sick, call your pediatrician, Dr. Abelowitz advises.

“Always feel comfortable calling your pediatrician when you’re worried about your child’s symptoms. There really should be no limit on that,” Dr. Abelowitz says.

Some symptoms require a trip to the emergency department (ED). Severe dehydration, which can cause a very dry mouth or sunken eyes, should be treated immediately. In babies and toddlers, a warning sign is not having a wet diaper for 8 to 10 hours straight. If your child is struggling to breathe—such as using extra muscles to do it—wheezing, or breathing very fast, those are signs that you should go to the ED.

“Bronchiolitis can cause significant respiratory distress, and some patients require hospitalization and assistance in how they breathe, such as by needing extra oxygen or even a ventilator,” Dr. Liu says.

If your child has had a fever for five days in a row or longer, you should take him or her to the doctor to rule out a secondary infection. Sometimes children can develop a bacterial infection such as pneumonia, or an ear infection on top of a viral infection.

“For babies who were very premature or who have significant congenital heart disease, there is a medication that can be given monthly to prevent them from becoming very ill with RSV.” adds Dr. Kraft. “Guidance from the American Academy of Pediatrics recommends that these children receive this monthly shot, as long as the RSV virus is prevalent in their community.” Check with your pediatrician for more information.

Learn more about when you should be concerned about your child’s fever.