A Day of Beauty With Maria Menounos

Last Friday, Children’s Hospital Los Angeles patients were primped and pampered when Maria Menounos brought her 8th annual Day of Beauty. She also had friends Val Chmerkovskiy from Dancing with the Stars and Audrey Whitby from Nickelodeon’s The Thundermans tag along! 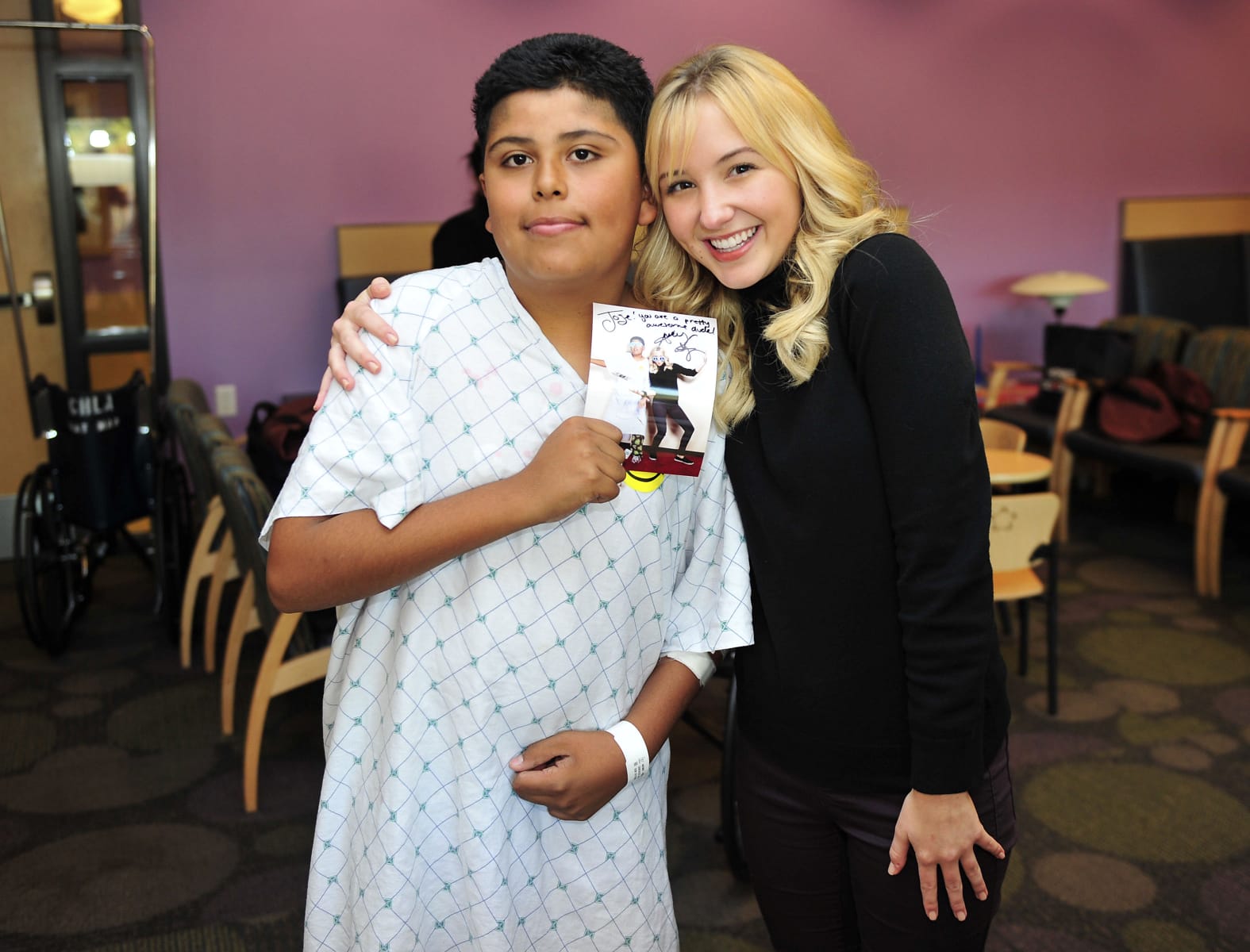 Our kids and their parents were able to get their nails, hair and makeup done at separate stations that were manned by beauty specialists. Participants were able to keep and take home all the products that were used on them. There was also a photo booth where our hosts and patients were able to get silly with props and poses. A big hit with many of the kids was “making it rain,” as they threw prop paper currency in the air.

One patient who wasn’t interested in hair or nails, challenged Menounos to a Connect Four game. By the end of game three, Menounos was winning, but our patient’s competitive spirit kicked in during the last game and was crowned the “Winner of All Past, Present and Future Connect Four Games” by Menounos herself. Chmerkovskiy was brave enough to also challenge the cunning kid, but had no luck winning! 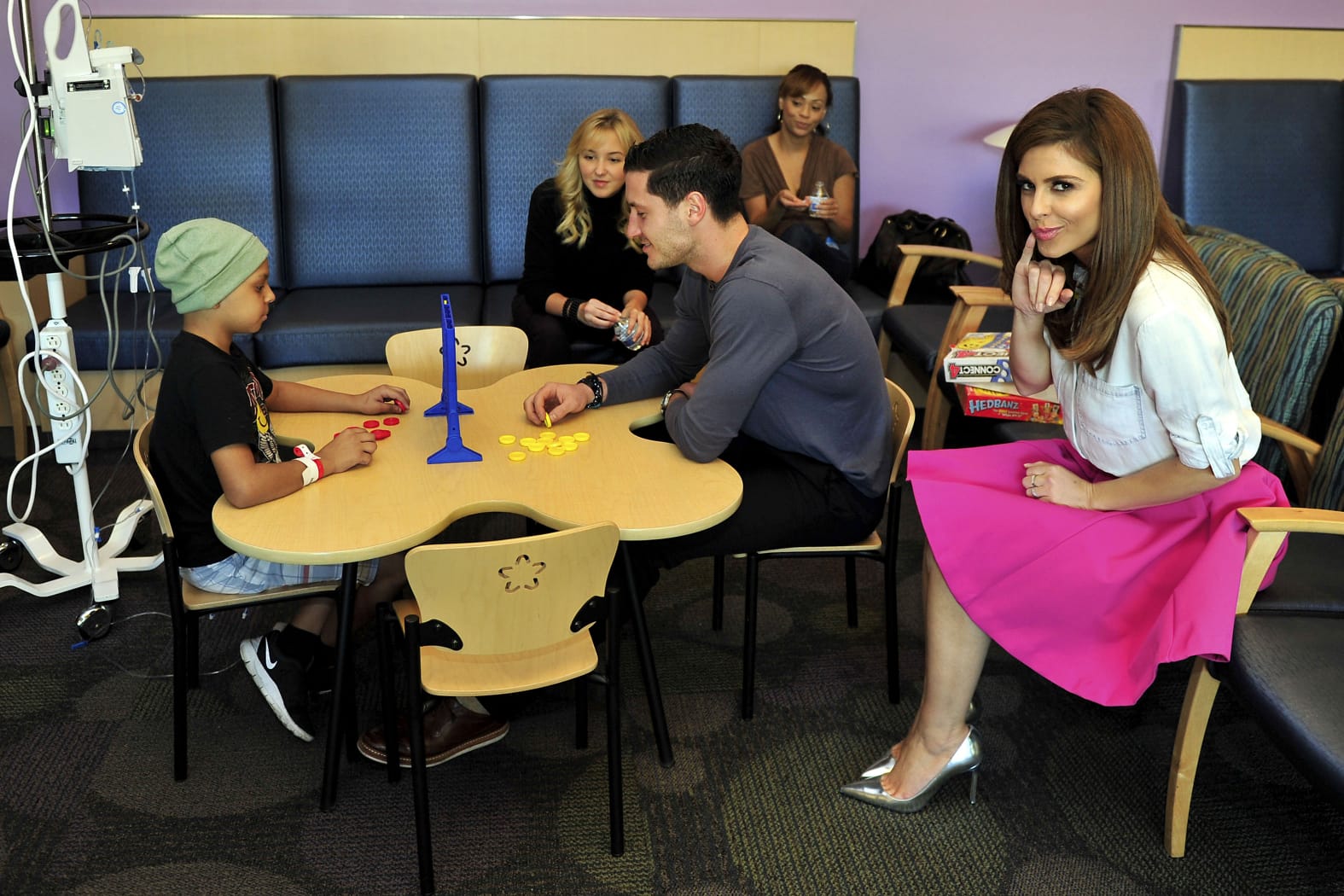 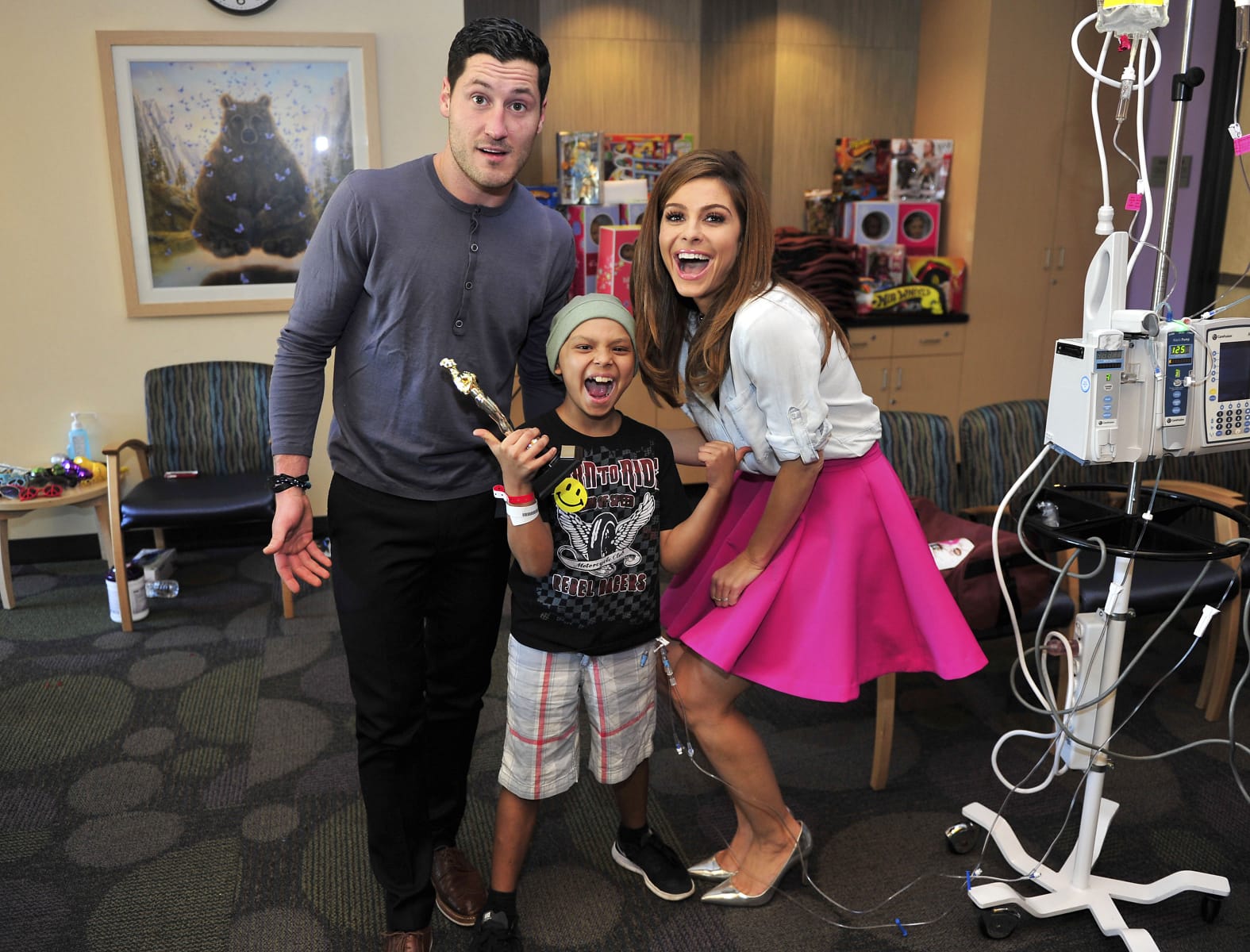 All patients walked away as winners when they participated in a raffle, where they won toys, board games, tickets to Universal Studios and among other prizes. Each family was also given a goodie bag filled to the rim with gifts from over 70 companies..

For the kids who were unable to attend the Day of Beauty event, Menounos, Chmerkovskiy and Whitby made bedside visits with goodie bags and smiles in tow.

Thanks for beautiful, fun day Maria!